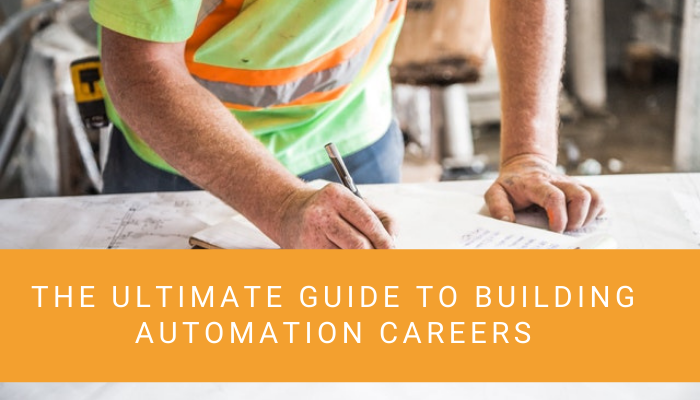 In this guide you will learn:

What roles exist in building automation?

So, what jobs are there? To preface this, when I talk about roles, I will not only point out what the role does, but also the salary ceiling. So, I want you to think about three things:

The first role is Installation. This is going to have the lowest salary ceiling. Installers are going to have the lowest salary ceiling, meaning that the highest amount you can get paid is going to be lower than pretty much any other role out there. At the end of the day, you're running wires, you're bending conduit, and unless you're unionized, you're going to be a pretty low Labor Rate.

Now, it’s a decent way to get into the field. A lot of people I meet though, have trouble jumping from Installer to any of the other roles. In my opinion, it's a very hard role to start out as, if you want to jump into other roles. It, in my opinion, unnecessarily adds a fair bit of time in your career journey. Whereas if you started in a Technician role, or a Designer role as a Junior Designer or a Junior Technician, doing some basic commissioning or basic point-to-point and functional tests, you would be better off and further along the career path.

So, I'm not saying don't ever go and install, but I am saying if you have a choice, I would highly recommend other roles over install. Now, let's not to put down installers because they do a great service. There are some whose work looks like works of art! It's amazing! They are very technically sharp.

That being said, there is just only so much you can install. Also, installation is dependent on having stuff to install. Whereas with programming, designing, and integrating, you can still do that kind of work, even if there are no projects on the books.

The second role is Technician. These are the people who are going to make sure everything is properly calibrated. They're going to upload and download controllers, make sure things are installed properly, and do basic setup of the front end, etc.

Designers are the people who create the control submittals. They design the panel layouts, and how systems will be installed and wired up.

Graphics is not always a dedicated role. With some companies it is, but these are the people who are going to create the graphics for the projects.

Then you have Programmers. These are the people who are going to write the programs that get installed in the controllers. This could be graphical block programming, or could be line code programming, depending on the manufacturer.

As I look at the skills that are key to building automation, I think of baseline electrical knowledge. We've covered this in multiple posts in the past, but basically understanding Ohms Law, understanding AC/DC, transformers, circuits, safety circuits, relays, etc. All basic common knowledge.

Then we have HVAC and for HVAC, you need to understand what systems are.

Now, do you have basic system and hands-on aptitude?

This is something you either have or you don't have. You can't really train for it.

That's a key skill, and that's important across almost all of the roles, with the exception of Project Managers. Sales does it, oftentimes, because they’re doing estimating work.

Can you turn on a computer and understand basic network concepts?

Being comfortable with applications within a computing environment is critical, especially with our newer systems.

How to get your first job in building automation?

So, how do you get into Building Automation?

Well, I've come up with an eight-step process that has worked for me in pretty much every role I've ever applied for, even when I was unqualified. This is how I got into building automation in the first place, and a lot of our students have used this exact process as well.

Doing it solo may require one to buy a lab kit, a controller, an actuator, some inputs, and then getting the software for that controller, connecting those inputs and the actuator, programming the controller to do basic sequences, etc.

You analyze the role you want, identify the key skills, train and develop those skills, connect with companies with that role, directly message the Managers, explain that you have what it takes, you understand what they're trying to do, and you've trained yourself to do it. You challenge them to bring you in to prove that you know what you're talking about, and then you get hired.

I hope this article has really helped you out. I've seen this question so many times from so many people. There’s a reason here at Smart Buildings Academy why we put out so much content. II really love this role and I love this field. I feel like it has given me a quality of life that I couldn't have had any other way.

I've seen so many people earning six figure incomes within a couple years in this role. It's an amazing place to be with a lot of upward mobility; a lot of challenge, and it really keeps you thinking. So, if that's something that's interesting to you, then I encourage you to consider a role in building automation.

But right now you may be thinking that the idea of having a career in building automation sounds great but also overwhelming.

You may find yourself asking where and how do you start?

I encourage you to check out our Technician Path. That path has singularly been responsible for putting dozens of people, who have had no experience, into building automation roles. It's the exact same training that companies like Albireo Energy, Trane, Climatec, Sunbelt, EMCOR, and many more are using to train their people right now. It is quality online training that you can definitely take advantage of.

As always, if you have any questions, please do not hesitate to reach out. I would love to answer those questions for you. We'd love to guide you along your building automation career path. If you're wondering, “How do I do this? What should I do? Is this the right path?”

Feel free to reach out. 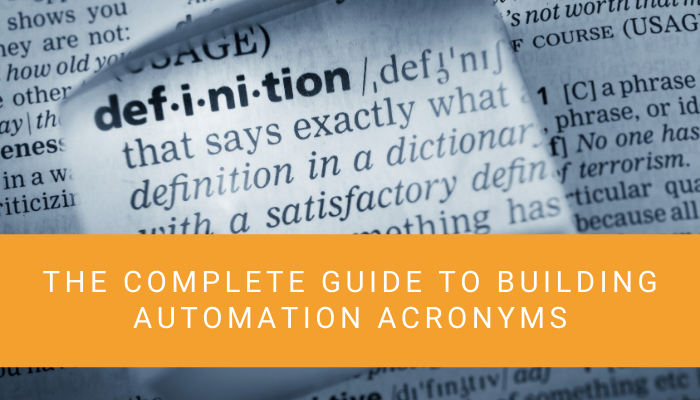